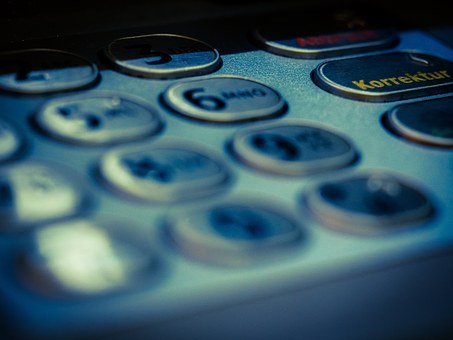 Consumer body Which? is pushing for the UK Government to take immediate action to protect the future of cash for those who need it, as its latest analysis shows a spike in the number of people forced to pay to withdraw their own money from cash machines.

The research shows that some parliamentary constituencies – among them some of the UK’s most deprived areas, where people are more likely to depend on cash – have seen a significant shift from free-to-use cashpoints to machines that generally charge up to £2 per withdrawal in recent years.

A year on from the Chancellor’s pledge to legislate to protect cash, and amid a lack of progress from regulators and industry tasked with finding solutions to safeguard access for cash-dependent consumers, the findings highlight the need for urgent clarity and direction from the government on the role of cash in the future.

This includes a clear timeframe for when legislation will be introduced, as well as specific details about how it will ensure that cash continues to be a viable payment method for those who need it.

Since 2018, in Glasgow North West the number of free machines has fallen by 45% – from 86 to 47. Meanwhile, the number of pay-to-use cashpoints has shot up from 11 to 34, representing an increase of 209%over that period.

The results are particularly concerning as previous research has shown that those in more deprived areas are more likely to use cash. It highlights the need for a long-term plan to ensure that those who need cash are able to continue to withdraw their money without charge.

ATMs are the most commonly used means of withdrawing cash, with UK Finance figures showing that 91% of cash withdrawals took place through ATMs in 2019. While there are other options, such as cashback and counter withdrawals which may play a greater role in future, ATMs currently remain an important indicator of access levels.

Across the devolved nations and English regions, Which? found that all areas had lost between 21 and 27% of their free to use machines since 2018.

In some of these locations, the number of pay-to-use facilities has surged. In both Northern Ireland and Scotland, the number of cashpoints that charge has risen sharply, by 78% and 35% respectively, while the free-to-use network has shrunk by 23% and 25%

Although the shift towards digital payments does mean that demand for cash will inevitably reduce, the consumer champion’s latest research shows that there are still more than two and a half million people in the UK who rely on it.

Which? has said these people must be supported to make the transition to online banking where possible. But it is vital that the government also brings forward legislation to ensure appropriate provision of local and free access to cash remains viable nationwide for the foreseeable future.

Earlier this month, Which? received widespread support from banks affirming the importance of providing a cash system that can serve those who depend on it. However, without a clear blueprint from the government, there remains a lack of consensus about how this will work in practice, leaving the future of cash still in jeopardy.

Gareth Shaw, Which? head of money, said: “Everyone should have reasonable access to their own money without having to pay. Yet our research shows free cash machines are vanishing at an alarming rate – often in areas where people need them most.

“ATMs are only one piece of the jigsaw, and the government needs to swiftly set out its plans for the future of cash.

“Legislation is a fundamental part of this, and there is an urgent need for a clear timeframe for when it will be in place, so that industry and regulators can work with the government to ensure that cash is protected as a payment method for those who have no other option.”