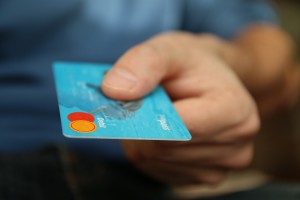 The total value of retail sales in Scotland decreased by 0.3 per cent last month compared with July 2018, when they had increased by 1.1 per cent, new data from the Scottish Retail Consortium has shown.

Adjusted for deflation measured at 0.1 per cent by the BRC-Nielsen Shop Price Index (SPI), July sales decreased 0.2 per cent.

Scottish sales decreased by 0.4 per cent on a like-for-like basis compared with July 2018, when they had increased by 0.1 per cent. This is above the 3-month average decrease of 2.4 per cent.

Total Non-Food sales decreased by 1.9 per cent in July compared to July 2018, when they had decreased by 2.4 per cent. This is above both the 3-month and 12-month average declines of 4.3 per cent and 2.2 per cent respectively.

David Lonsdale, director at Scottish Retail Consortium said: “The value of Scottish retail sales edged down last month, admittedly after a tough comparable July in 2018. The dip was at a much more modest rate than witnessed the previous month and comes after disappointing footfall figures unveiled earlier this week. Shoppers have kept a firm grip on their purses and wallets of late, with July rounding off an underwhelming three months for the industry. Indeed, over the past year as a whole retail sales have essentially been flat.

“Discounting was more prominent during the month, to the benefit of consumers but at a cost to retailers in terms of their profit margins. Bright spots in non-food categories were sales of larger electrical goods and furniture which had a reasonable month. The value of grocery sales increased, however much of this can be accounted for by rising food inflation. Clothing, footwear, and health and beauty categories all struggled.

“Looking forward, the big question is over the future direction of consumer spending. The coming few months are expected to be dominated by the spotlight on Brexit and big fiscal decisions in the UK and Scottish budgets. Retailers will be hoping policy-makers keep consumer confidence and household disposable incomes uppermost in their minds over the next few months.”

Paul Martin, UK head of retail at KPMG said:“The latest figures will not provide much welcome news and the long-term outlook for Scotland’s high streets continues to remain challenging. Retailers witnessed a decline in total sales value of 0.3 per cent, which is at least an improvement on the three-month average, offering a glimmer of optimism.

“Much of last month’s decline was mitigated by strong food sales and inflationary price rises, suggesting that it’s not a sudden change in consumer behaviour, which is behind the changing fortunes. For retailers, that should act as a clear sign that now, more than ever, is the time to develop a clear strategy focused on managing immediate cost efficiencies and exploring growth opportunities through new business models or partnership that may have been obvious in the past.”