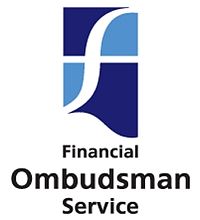 A flood of thousands of complaints have been lodged with law firms and the Financial Ombudsman Service over self-invested personal pensions (Sipps), leaving pension funds facing penalty costs totalling hundreds of millions of pounds.

According to The Times newspaper, claims lodged with the ombudsman over Sipps have more than doubled in four years, and lawyers and claims-management companies have launched a marketing campaign targeting victims of pension mis-selling to come forward.

The ombudsman’s data shows that complaints hit 2,051 in the last tax year, and in the three months to October, it received 826 new claims - around 62 per cent of claims so far resolved in that period were upheld in favour of the complainant.

The slew of complaints has been sparked after a landmark decision last October against the investment firm Berkeley Burke for failing to carry out enough checks over a scheme developing agricultural land in Cambodia that went bust, leaving one of its customers with an estimated £29,000 loss.

Although the company warned the customer of the risk, the ombudsman initially found against Berkeley Burke in 2014, saying it had failed in its duty of care by permitting the risky scheme in its Sipp.

The company contested the decision in the High Court and then a judicial review, but when it finally lost in October, the Financial Conduct Authority (FCA) warned Sipp firms to brace for the implications.

Berkeley Burke is now seeking permission to appeal and hopes to receive an answer in the next few weeks.

The Times report outlines that many other claims surround investor’s moves to plough money into other unregulated schemes, similar to the Cambodian plantation, such as agricultural developments in Costa Rica and burial plots in Birmingham.

Some Sipps allowed investments in self-storage units managed by Store First Limited, a company since investigated by the Serious Fraud Office.

The final outcome of the Berkeley Burke case could huge implications for Sipp firms, which hold retirement funds of about £300bn and allow savers to invest in a wide range of products, including high-risk, unregulated schemes.

The ombudsman said in its decision that companies needed to take more responsibility for the investments allowed in their products.

Two law firms, Hugh James and Wixted, are jointly representing 176 claimants against Berkeley Burke as part of a group litigation order with a total value of £8m-£9m. The average claim is for about £45,000. APJ is representing 66 claims against the firm, valued at £3.2m.

The ombudsman said last week there are currently 500 separate claims lodged against Berkeley Burke, suggesting it could face a bill for a further £22m, taking its total liability to almost £35m. Berkeley Burke said it has spent about £3m in legal fees trying to overturn the 2014 decision.

Tim Sheppard, policy specialist at the Single Financial Guidance Body, part of the Department for Work and Pensions, said Sipp firms have a “duty to ensure that the investment is suitable for a pension arrangement”.

The FCA said: “We responded swiftly to the court’s decision in [the judicial review] because we wanted to make sure that consumers had confidence in this sector, knowing that the firms competing for business are committed to treating their customers fairly.”