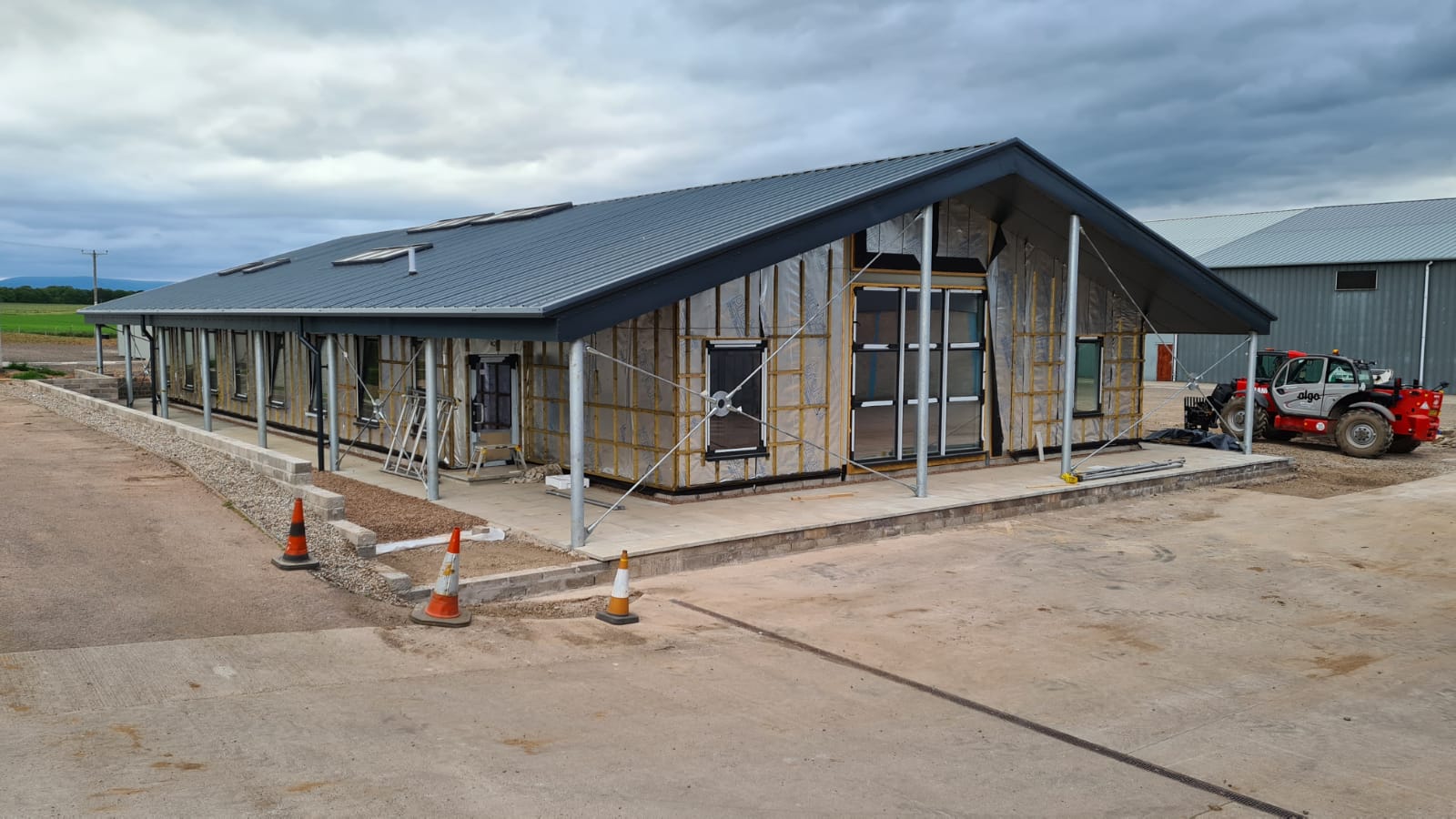 The horticulture business, which was formed in 1968 by a group of like-minded farmers, is a leading producer and exporter of market crops including daffodil flowers, bulbs and potatoes.

Nearly four years in the making, the new office building, designed by architects The Building Workshop, replaces the existing facility which has been in use since 1978.

Known for their unusual, eye-catching designs, The Building Workshop created an eco-friendly office space that would blend into its natural surroundings – with the exterior similar to a potato shed. Constructed by local company Algo, the open plan office has been built with future growth in mind, with room for capacity to double.

Solar panels were installed at the Grampian Growers HQ in 2013 with the support of Royal Bank of Scotland’s sister bank, Lombard. These solar panels generate electricity worth up to £25,000 for the site year-round, with an air source heat pump providing heating to the building. Natural ventilation is embedded into the design of the new office to mitigate the need for carbon-emitting air conditioning, with windows in the roof allowing hot air to escape.

The business, which has navigated a range of challenges over the last 18 months following the pandemic and Brexit, has invested in its footprint in the UK market, with expansion across key sectors. Royal Bank of Scotland has supported Grampian Growers in a number of new acquisition deals, including WM Fraser Limited, which specialises in the supply of chipping potatoes to over 90 fish and chip shops, wholesalers and hospitality premises throughout the northeast. More recently, the firm also acquired Abbey Potatoes.

Mark Clark, managing director at Grampian Growers, said: “It’s been an exciting few months for Grampian Growers with our recent acquisitions, and our new office space provides our team with the dynamic hub we need to operate on this new level.

“We’ve been with Royal Bank of Scotland since the very beginning, so its support over the decades has been invaluable. It’s been a turbulent year for the sector, but there was never any doubt in our minds about investing further in our business to secure its position in the market for years to come, and our relationship with Scott at the bank made the entire process comfortable. I’m looking forward to welcoming customers new and old to our brand-new office.”

Scott McIntosh, relationship director at RBS, added: “Despite an uncertain time, Grampian Growers has worked incredibly hard to reassure its staff and customers. I have no doubt that the business will continue to succeed in their new premises and look forward to continuing this journey with the team.”