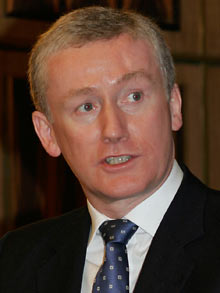 Fred Goodwin, the disgraced former Royal Bank of Scotland chief executive has been ordered by a High Court judge to hand over personal e-mails he sent in the run-up to the bank’s 2008 share sale.

At a hearing last week, Mr Justice Hillyardapproved the request to have the correspondence made public made by the RBS Action Group.

The group is bringing a £4 billion class action against the 80 per cent state-owned bank and a clutch of its former bosses who they allege misled them into buying shares.

It was reported that one member of the group, that represents around 12,500 shareholders, said the e-mails could be a “treasure trove” of what was going on in the bank.

Goodwin, who lost his knighthood after the collapse of RBS, is being sued along with former chairman Sir Tom Mckillop, former finance director Guy Whittaker and former chairman of global banking and markets division,John Cameron.

The lawsuit alleges they breached the Financial Services and Markets Act by withholding information.

The judge was critical of David Blayney QC, a lawyer for the defendants, for trying to stall the case.

“An example of that, quite a vivid example, was provided by the defendants’ immediate reaction that assessing the shared files would take many months and cost hundreds of thousands of pounds, whereas mature reflection revealed that it would take some 18 days and cost £55,000.”

The e-mails must now be handed to Herbert Smith Freehills, lawyers for RBS.

The rights issue in June 2008 raised £12bn just months before taxpayers had to step in with a £45bn injection to keep the bank afloat, leaving it 80 per cent in the hands of the public.