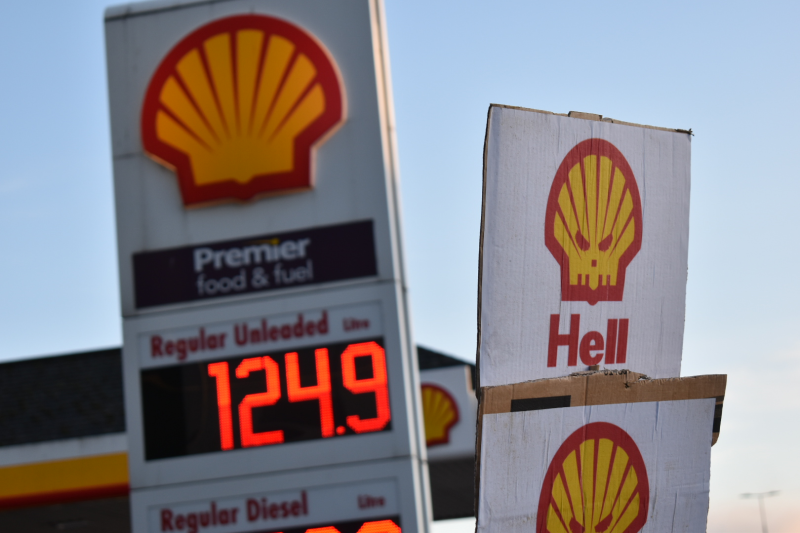 Over 50 protestors have barricaded the entrance as part of a protest against climate change.

Baillie Gifford manages the MSP pension fund and has increased pension fund shares in energy company Shell by 19.5%, according to the protest group.

Extinction Rebellion Edinburgh sid that they intend to protest at the firm’s headquarters on Leith Street throughout the course of the day, Edinburgh Evening News reports.

Several protestors have locked arms in an attempt to block the building.

The group said: “We’re targeting the financial systems that fund and profit from the destruction of the planet. We’re here with 4 lock-ons and around 70 folk outside Baillie Gifford on Leith Street, the company that manages the MSP pension fund (current assets of over 85 million).

“Despite calls from MSPs to divest, pension fund shares in Shell have increased by 19.5 per cent since. We demand Baillie Gifford and MSPs stand by their statements to care deeply about the impacts of climate change, and stop funding fossil fuel extraction.”

Employees at Baillie Gifford were warned of the protest yesterday via an internal communication and were told to consider working from home.

A spokesman for Police Scotland said: “We are aware of planned demonstration activity taking place in Edinburgh today and have appropriate resources dedicated to ensure the safety of the public and minimise disruption to the wide public.”

Several busses have also been diverted away from Leith Street due to what Lothian Buses has labelled as “congestion”.