The World Wealth Report 2019 (WWR), published this week by Capgemini, has found that after seven years of continuous growth, overall global high net worth individual (HNWI) wealth declined by 3 per cent in 2018. 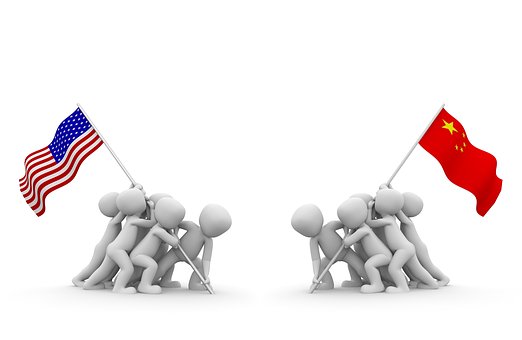 Largely due to a drop in wealth in the Asia-Pacific region (specifically China as fallout from President Trump’s trade war with the country contiues to bite), this decline has resulted in a loss of 2 trillion USD worldwide.

Despite this, wealth management firms maintained stable levels of customer trust and satisfaction throughout the year, though better personal relationships are still key for enhanced performance of firms which can be achieved through effective utilisation of next-gen technologies.

Meanwhile, HNWI wealth declined across nearly all other regions: Latin America declined by 4 per cent, Europe by 3 per cent and North America by 1 per cent. However, the Middle East bucked the trend, generating 4 per cent growth in HNWI wealth and increasing its HNWI population by 6 per cent due to strong GDP growth and financial market performance. Similar to the previous year, the markets with the largest HNWI populations – the United States, Japan, Germany, and China – represented 61 per cent of the total global HNWI population.

The ultra-HNWI population declined by 4 per cent, and their wealth declined by around 6 per cent. This accounted for 75 per cent of the total global wealth decrease. Mid-tier millionaires (HNWIs between US$5-30 million of wealth) made up 20 per cent of the total decline. The millionaire-next-door segment (which represents HNWIs between US$1-5 million of wealth and makes up almost 90 per cent of the HNWI population) was affected the least in 2018, as their wealth dipped by less than 0.5 per cent, signifying that nearly all declines in HNWI wealth and population were driven by the higher wealth (ultra-HNWI and mid-tier millionaire) segments.

Asset allocations shifted significantly, as cash replaced equities to become the most held asset class in Q1 2019, representing 28 per cent of HNWI financial wealth, while equities slipped to the second position at nearly 26 per cent (a decline of 5 percentage points). Volatile equity market conditions spurred a slight increase in allocation towards alternative investments to 13 per cent, a 4 percentage point increase from the previous year.

Despite declining wealth, HNWI’s year-over-year trust and satisfaction in wealth management firms increased by 3 percentage points over already high levels. However, the report revealed significant opportunity for wealth firms to proactively address rising HNWI expectations, as an unsatisfactory service experience was the biggest reason for HNWIs to switch firms in 2018. BigTechs[2] are expected to be one of the greatest industry disrupters due to their digital capabilities, particularly as fewer than 50 per cent[3] of HNWI clients said they were satisfied with current mobile and online platforms, and 85 per cent demanded more digital interaction when accessing portfolio information. At the same time, only 62 per cent of HNWIs said they are comfortable with their primary wealth manager’s fees, with many demanding more personalised offerings that focus on greater value creation.

According to the report, investment in next-gen technologies will be critical in order to enhance the client experience. While there is consensus among firm executives and wealth managers that AI is a key game-changer, only 5 per cent of surveyed firms said they had implemented AI strategies across all core areas. To support sustainable growth within this disruptive environment, firms must pursue the three key strategies of bridging value gaps for wealth managers and clients, redefining IT strategy and leveraging the integrated ecosystem.

“While the volatile economic environment of 2018 led to HNWI wealth decline globally, wealth managers have been extremely successful in maintaining strong levels of client trust,” said Anirban Bose, CEO of Capgemini’s Financial Services and Member of the Group Executive Board. “However, future success will depend on the agility of wealth management firms to evolve the client experience and find new ways to add value through more personalised services. Next-gen technology and closing expectation gaps will aid this, but the landscape is shifting so quickly that companies must not be afraid to overhaul their strategy and business models if needed.”