Bank of Scotland has revealed the design of its latest £20 which will feature a new image of the Forth Bridge, with the Queensferry Crossing visible in the background. 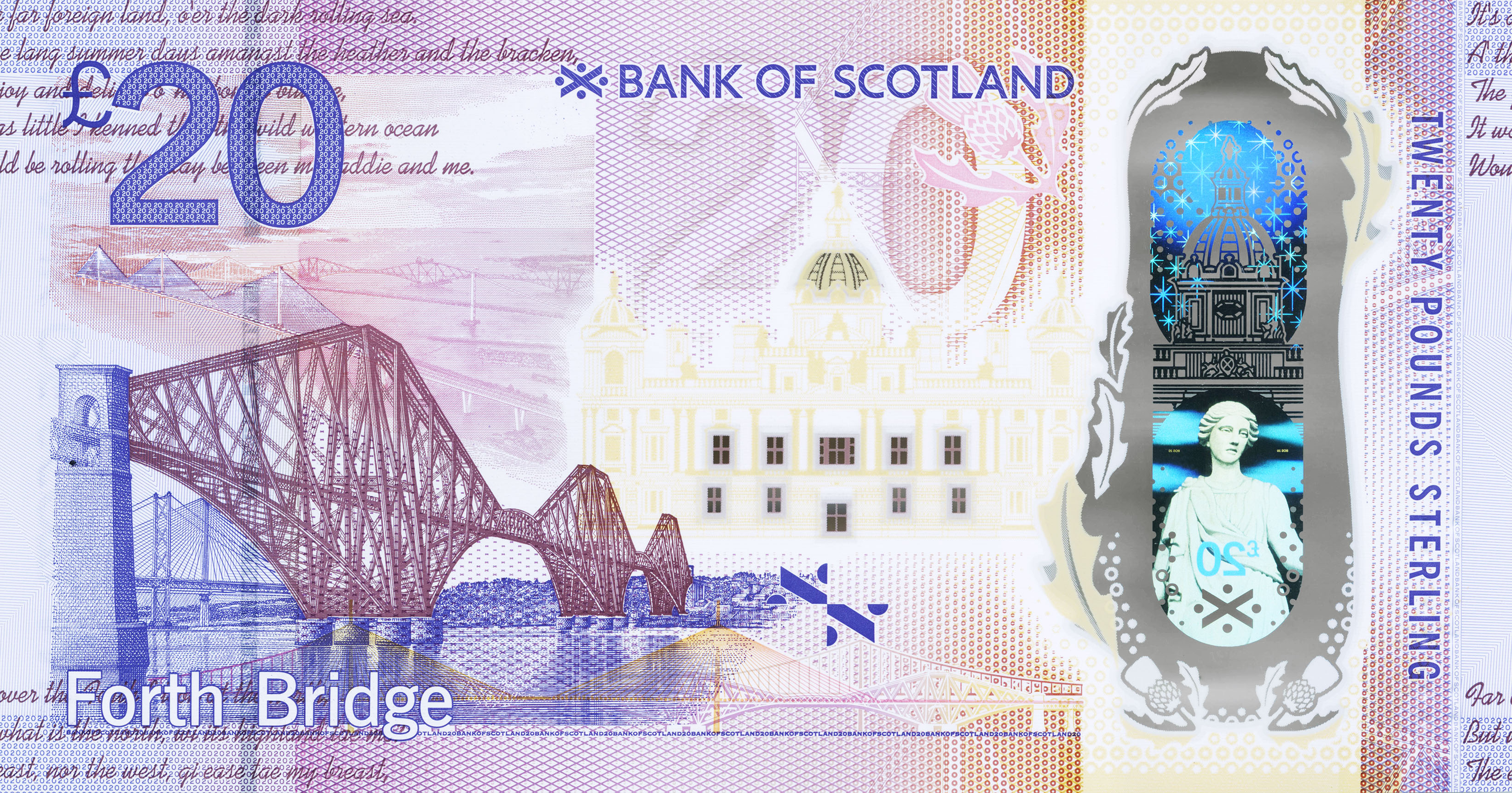 The front of the note will continue to feature the portrait of the Scottish novelist and poet, Sir Walter Scott, alongside the image of The Mound in Edinburgh. The distinctive red Forth Bridge remains on the reverse which was listed as a World Heritage Site by UNESCO in July 2015. 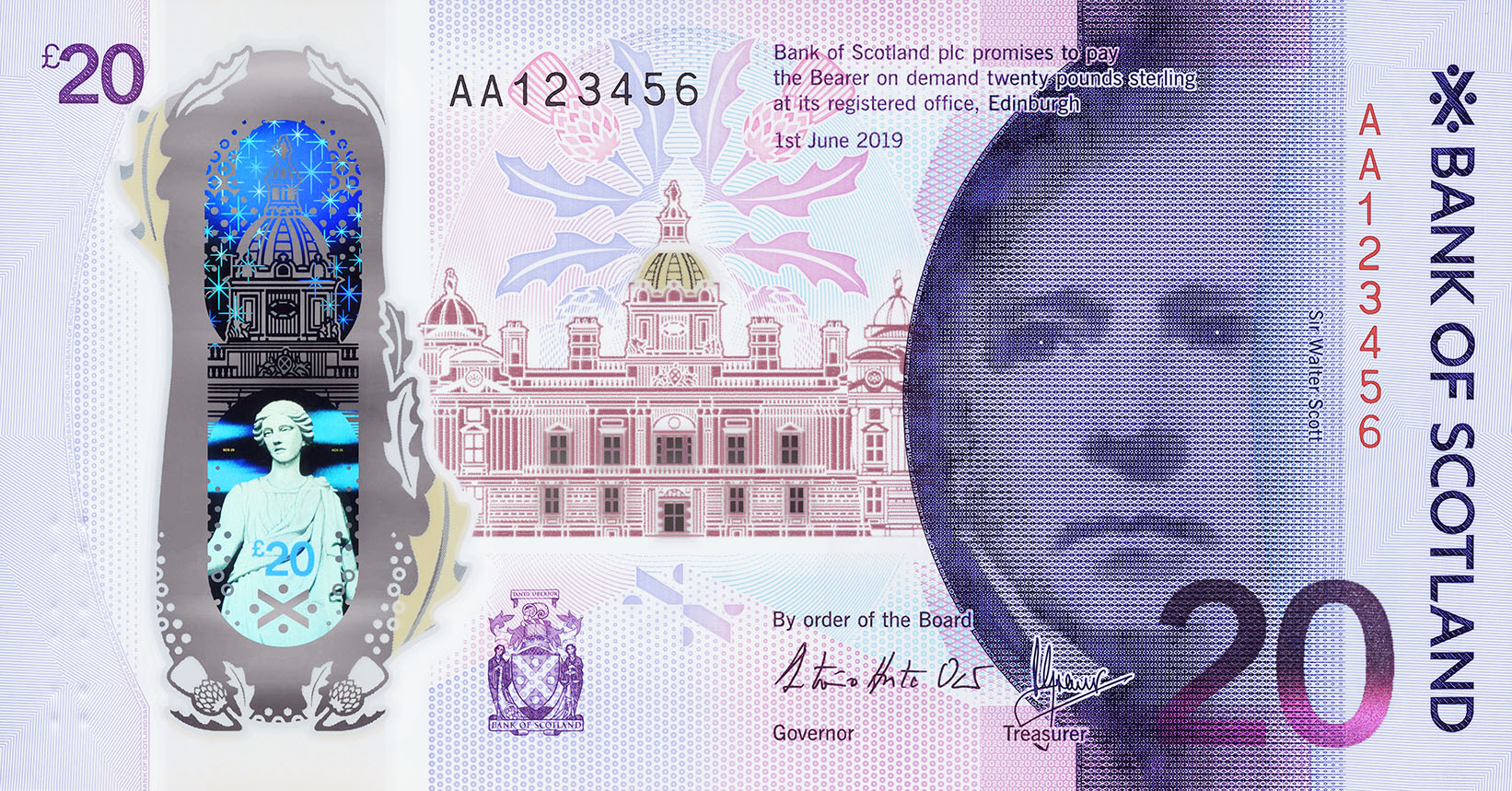 One of the key security features of Bank of Scotland’s Polymer notes is the anti-counterfeit ‘window effect’ which can be found in the windows of The Mound.

The £20 Polymer note features a holographic depth stripe, the top of the foil features a Northern Lights effect when tilted, additionally the clouds adjacent to ‘Fame’ will move left to right when tilted east to west. 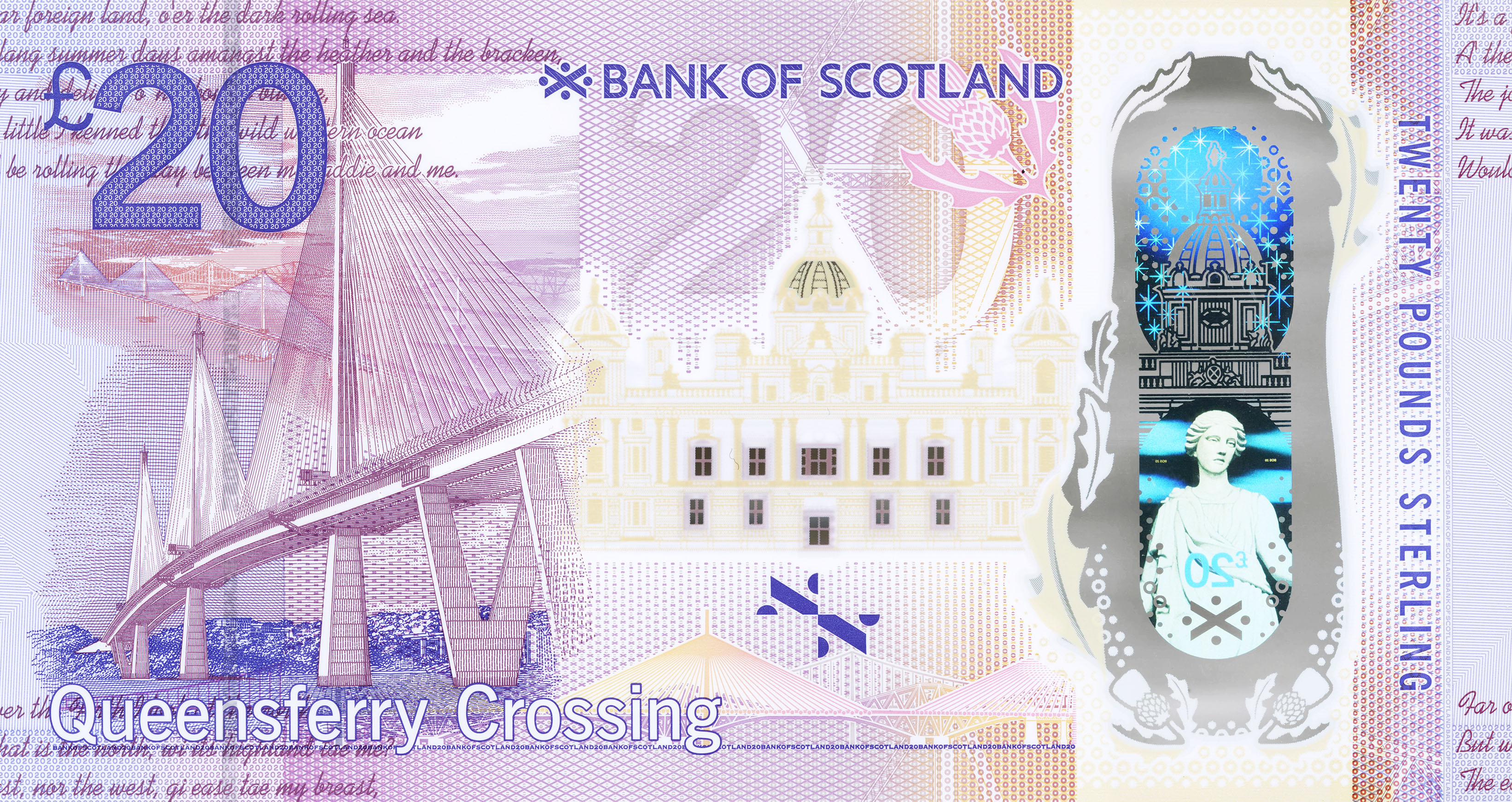 In celebration of the longest three-tower, cable-stayed bridge in the world, the Queensferry Crossing will be celebrated in its own right by featuring on a limited number of commemorative £20 notes.

Designed by De La Rue, the commemorative notes will be marked with ‘QF & QC’ with this pre-fix featuring only on this design.

Sir Walter Scott will remain on the front of the note.

Tara Foley, managing director Bank of Scotland, said: “Bank of Scotland has issued banknotes for more than 320 years, showcasing the country’s proud history. The Queensferry Crossing is the perfect example of Scottish ingenuity and innovation, and that’s why we have decided to commemorate the landmark site on a collection of our £20 Polymer notes.”

Michael Matheson, cabinet secretary for transport, infrastructure & connectivity, added: “It is marvellous to see Bank of Scotland marking the arrival of the record-breaking structure over the Firth of Forth, the Queensferry Crossing, in this commemorative £20 note.

“It’s a fitting tribute to the ingenuity and endeavour of all of the people involved in the creation of this iconic bridge to have a special edition note dedicated to them.”