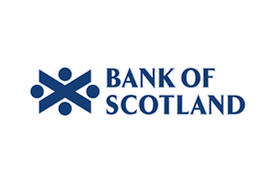 Bank of Scotland has raised £112,590 for Mental Health UK after auctioning off valuable versions of its upcoming £20 Polymer banknote.

A total of 92 notes that contain desired serial numbers were up for grabs at the auction run by SPINKS in London on the 12th February, with every single one being snapped up by attendees.

Thanks to the generous public for their bids, a fantastic £112,590 has been raised for Bank of Scotland’s charity of the year, Mental Health UK.

Brian Dow, chief executive of Mental Health UK, said: “At Mental Health UK we know there is a growing need for support for young people. That’s why, with funding from Bank of Scotland and the rest of Lloyds Banking Group, we created Bloom – the largest UK-wide programme for 14-18-year-olds - which focuses on supporting young people’s mental health resilience.

“With this support we can expand the reach to over half a million young people, equipping them with the tools and knowledge needed to support their mental health now and in the future.”

Tara Foley, managing director, Bank of Scotland, added: “Thank you to everyone who bought one of these very special £20 polymer banknotes. Not only do they now own a piece of history, they have also put money towards a cause which is very close to our hearts at Bank of Scotland.”

£20 Polymer Note Reflecting the new notes due into circulation later this month, the 50 special edition Queensferry Crossing notes are printed with a unique serial number, commencing with AA.

The front of the note features the portrait of the Scottish novelist and poet, Sir Walter Scott, alongside the image of The Mound in Edinburgh. The distinctive red Forth Bridge remains on the reverse, which was listed as a World Heritage Site by UNESCO, in July 2015.

Mental Health UK Through the partnership with Mental Health UK our aim is to raise a further £4 million by the end of 2021 to expand ‘Bloom’ - a UK-wide programme delivered in schools and colleges which supports young people’s mental health resilience.