The Royal Mint has issued a commemorative £2 coin to celebrate the 75th anniversary of VE Day. 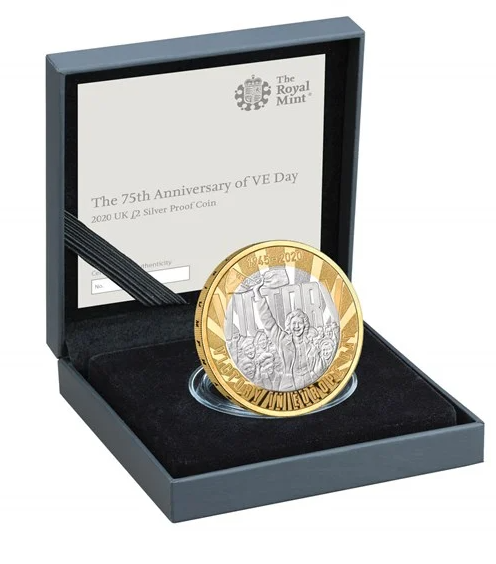 The coin was created in collaboration with the Imperial War Museum in an effort to“capture the spirit and stoicism of the wartime generation and the gratitude of those that followed”, the Royal Mint said.

The coin contains the word “Victory” cast over a group of smiling people and rays of searchlights.

The £2 coin and an accompanying historic set of coins used in the Second World War era are now available to buy and each coin sold will see a donation made to the Imperial War Museums, The Evening Standard reports.

If the demand is high enough, The Royal Mint said that it would release the coin into circulation.