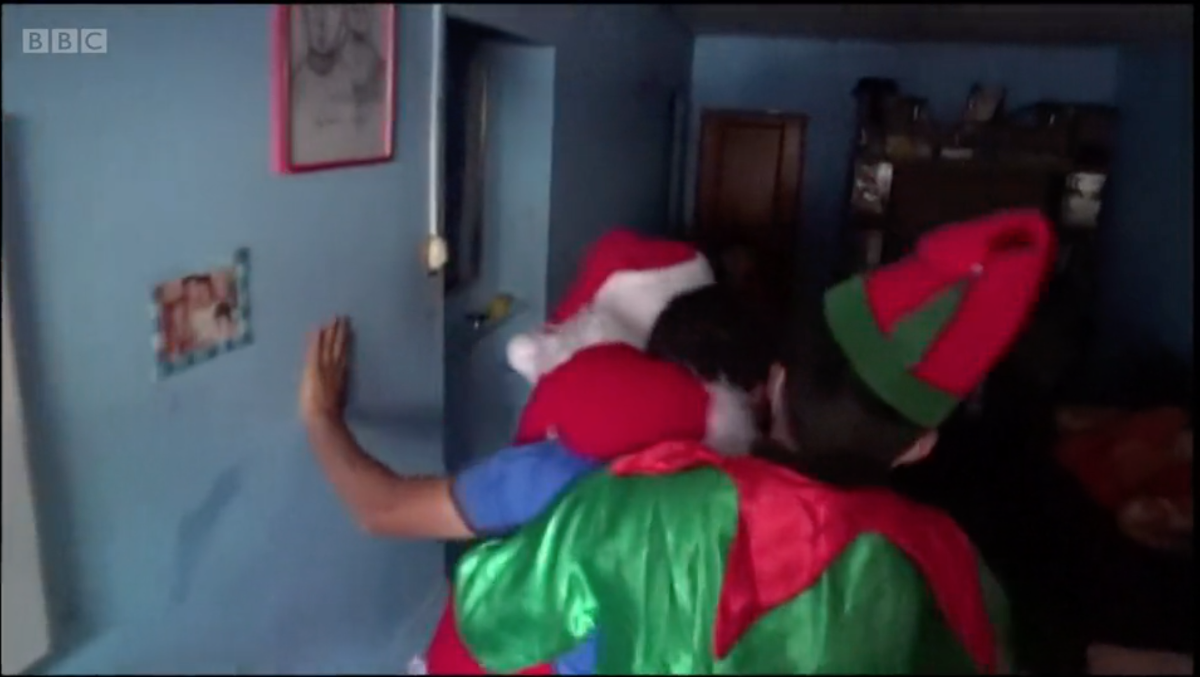 A police drugs-squad raided a house in Peru dressed as Santa and an elf.

In a dramatic video, the pair are spotted breaking into the suspect’s homw and wrestling him to the ground.

A spokesman for the police said the man was accused of selling drugs near a school.

Peruvian cops are known to dress up on occasion, having posed as homeless people and street sweepers in the past before swooping on their quarry.