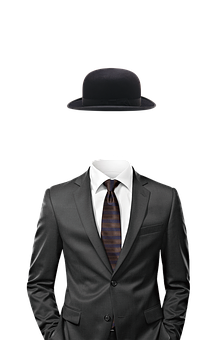 A man in Australia who has claimed the country’s taxation laws do not apply to him because he does not accept recognition as a person has been told by a magistrate that his argument “would make a mockery of the law”.

On Wednesday, Polglaise – who stated his name was Glen, of the family Polglaise – told the Bendigo Magistrates Court that “as a human being who waives my right to recognition as a person”, he did not accept the six charges of failing to provide an income tax return.

The case began when Australian Taxation Office prosecutor Gavin Deriu told the court Polglaise had sent a letter to the ATO in December 2016, which contained constitutional arguments as to why taxation laws did not apply to him.

In the letter Polglaise cited international covenants including the Universal Declaration of Human Rights and the Universal Covenant on Civil and Political Rights, quoting the latter’s assertion that no one should be held in servitude, in order to support his argument that he could not be heldt subject to taxation laws.

He also stated that the person named in the charges was not him, and argued his “natural wealth” was being withheld.

However, the ATO sent Polglaise a number of responses outlining that he had earned income and was required to lodge tax returns.

The court heard Polglaise had lodged tax returns up to 2010.

When Deriu told Polglaise that the Australian Constitution Act was binding on all people of the Commonwealth and gave Parliament the power to make laws, including those taxation laws in force Polglaise again said he waived his right to personhood

“As I waive my right to recognition as a person, I am not a resident for tax purposes,” he said.

King said paying tax did not contravene human rights nor fall within the definition of servitude.

He said taxes were common to every country, and each citizen was obliged to contribute to the wellbeing of their community.

King also considered there to be no basis to an argument that individuals had a choice as to what laws applied to them.

“That would make a mockery of the law,” he said.

King ordered that he lodge the outstanding tax returns by May 1.

“This was persistent and blatant disregard of income tax law,” he said.