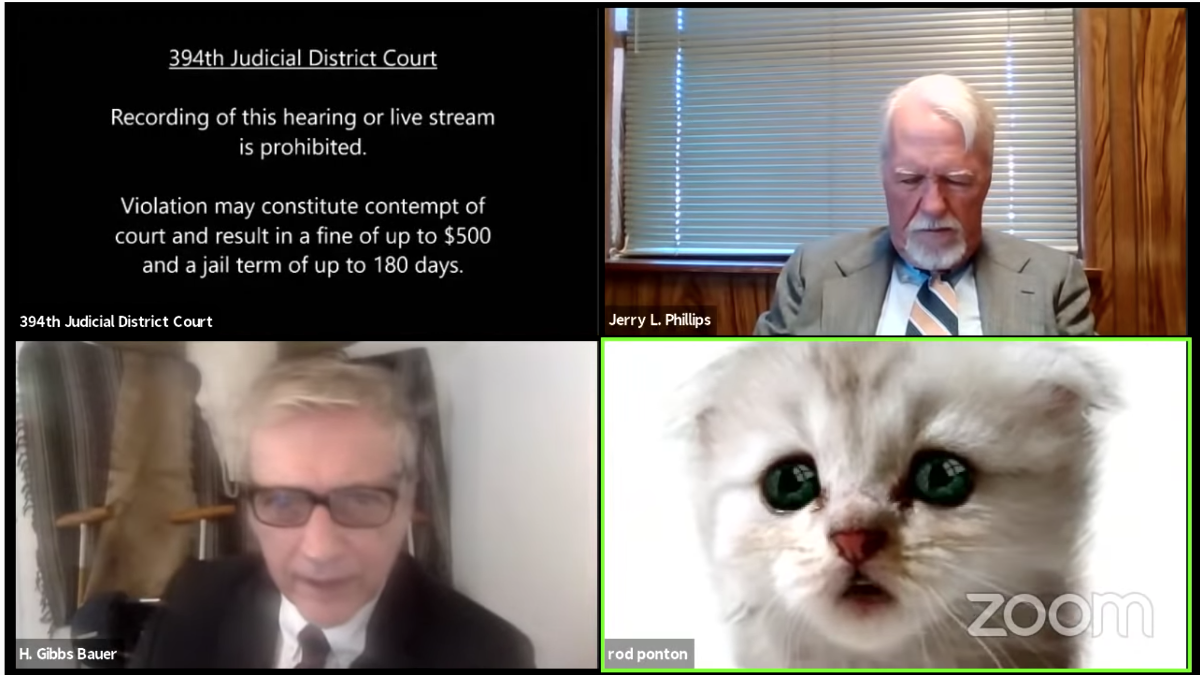 A lawyer who appeared before a judge on Zoom as a cat was unable to switch the filter off.

In a viral video, lawyer Rod Ponton is heard quavering before a judge as he is unable to turn off the kitten filter during a Zoom call.

He says: “I don’t know how to remove it. I’ve got my assistant here, she’s trying to. I’m prepared to go forward with it. I’m here live.”

Some commenters pointed out that this is just the kind of thing a cat would say.

Judge H. Gibbs Bauer says in response to Mr Ponton’s claim that he is not a cat: “I can see that.”