A St Andrews chef has charged diners £650 after they cancelled their reservation. 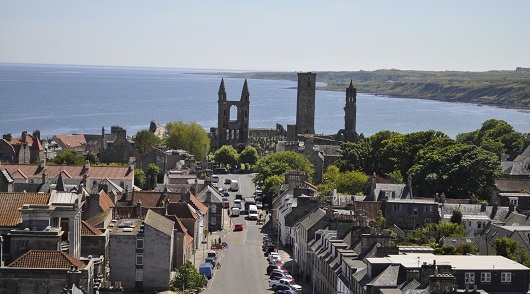 Earlier in the year, St Andrews chef, who was a finalist on Masterchef, announced that he had lost his patience with no-show diners.

To deal with the problem, Mr Dean Banks said he would introduce a system where customers who did not phone ahead to cancel reservations, would be charged a deposit.

He has since followed through on his policy for the first time after a table of nine did not turn up to his Haar Restaurant in North Street.

Under his policy, bank card details are taken and those who do not turn up by the time of their booking are charged.

Mr Banks said: “They (the diners) obviously raised it with the bank, but the bank sided with us. The payment was made because we provided all the evidence.”

He said it was the largest amount that had been charged for a no-show since he changed his booking policy.

He added: “It’s unfortunate and something we didn’t want to do, but there would have been a complete loss of revenue if we hadn’t done it on that Saturday night for a big table. There was still a loss of revenue because it was a tasting menu and we had no drinks sales. It’s not what we would have taken for a table of nine.

“It’s about educating people that a seat at a restaurant is like booking a seat at the theatre or on an aeroplane.”

The angry customers tried to leave a poor rating on TripAdvisor, but Mr Banks was having none of it.

He replied to the comment with his side of the story and the website took down the message.