A fake £10 note created by Banksy which features the face of the late Princess of Wales has gone on sale online for £600. 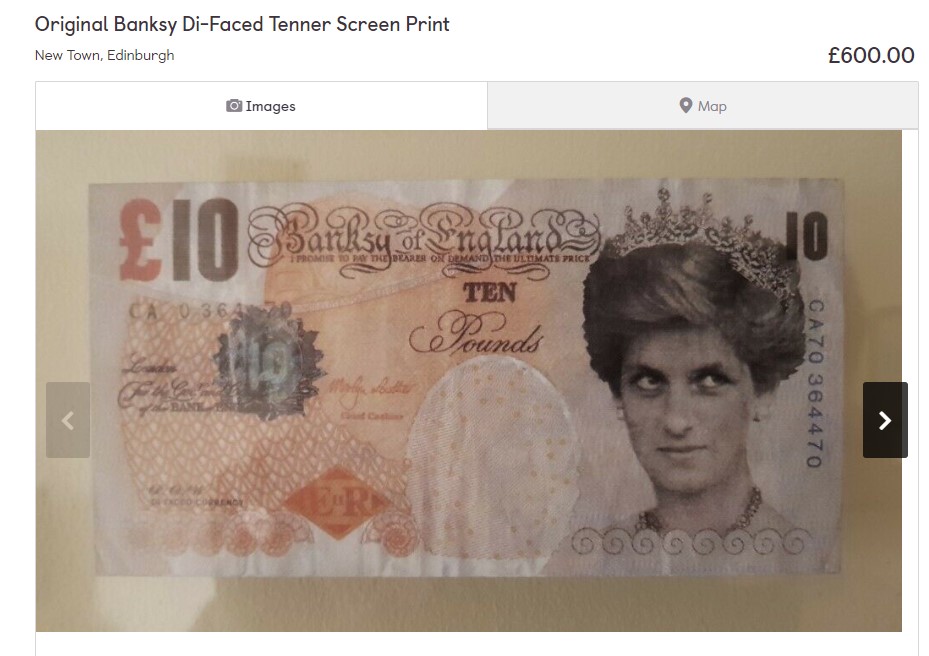 The Edinburgh-based seller has put the note up for sale alongside a sheet with a note of authenticity.

The seller posted the note on Gumtree detailing that it was “professionally framed in double-sided perspex so both sides can be viewed. A rare chance to own your own little piece of the Banksy phenomenon”.

Earlier in 2019, one of the banknotes featuring the Princess of Wales was donated to the British Museum’s collection of some 70,000 types of currency.

Similarly, in March 2014, a series of the notes were donated to the Cube Cinema in Bristol and they subsequently raised £11,000 at auction.