And finally… All that glints is not gold 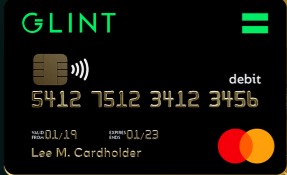 The start-up enabled users to store, spend and save their wealth in gold. By using the Glint iOS app and its Mastercard, Glint clients were able to make everyday payments by debit card in multiple currencies specified by the user at the point of sale.

Glint is authorised and regulated by the UK’s FCA with clients’ money stored in segregated bank accounts.

In a statement issued on the Glint website, the FCA warned that customer funds held by Glint are not protected under the Financial Services Compensation Scheme.

Joint administrators Jason Daniel Baker and Geoffrey Paul Rowley of FRP Advisory say they have been advised by Glint’s management team that all customer funds are fully reconciled, accounted for and protected.

Mr Baker said: “Following a dispute with the secured creditor, the board were unable to secure sufficient funding in time to repay the outstanding loan. As joint administrators our priority is now to undertake the reconciliation exercise as quickly as possible to confirm the position in relation to customer funds. We will also be working with the board in seeking investment to rescue the Companies and exit Administration, failing which to achieve a transfer of the business and assets to an appropriately regulated entity.”

The project moved out of public beta in November 2017.

In July earlier this year, Glint sought to raise £1.25m in a crowdfunding exercise as part of a Series A financing of £15m.

Within weeks the firm set up an operation in Boulder, Colorado and launched the account in the USA.

Glint said at the time that the app had been downloaded by more than 50,000 users, had 10’s of thousands of registered users and more than $50m in transacted volume.