Aberdeen has best hotel revenue outside London in 2014 -BDO 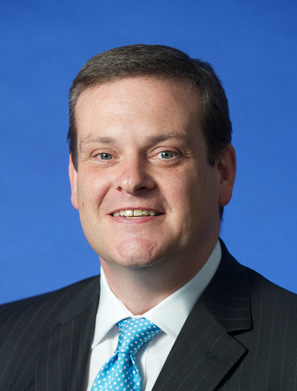 Aberdeen had the highest hotel revenue outside London for 2014 as Scotland’s hospitality sector outperformed the rest of the UK, according to the latest report by accountants BDO.

The firm’s regular hotel survey found that the annual revenue (the industry term for rooms yield) in Aberdeen was highest in the UK with £70.88 for the whole of 2014 and Edinburgh was fourth highest in the UK at £63.04. Second and third were Oxford at £64.54 and Windsor at £63.69.

Glasgow had, by far, the most improved revenue increase rising 26.6 per cent to £53.88 on the back of the Commonwealth Games and a busy season of conferences and events in the city. Inverness rose 3.9 per cent to £41.20 over the year.

Occupancy rose 2.6 per cent in Glasgow over the year to 81.1 per cent.

Alastair Rae, a partner in the Property, Leisure and Hospitality sector at BDO (pictured), said: “Last year was undoubtedly a very positive year for the hotel sector in Scotland recording the highest occupancy levels and highest revenue figures of any part of the UK. The occupancy numbers were led by Glasgow which was given an enormous boost due to the Commonwealth games which also pushed revenue up by the highest amount in the UK.”

“However, the star performer for revenue was Aberdeen which averaged revenue of £70.88 for the entire year. This was fuelled by the high oil price which kept the market buoyant for the first six months. However, although revenue has remained strong occupancy levels have been falling in the last quarter as the oil and gas sector reassesses its commitment to the North Sea.”

Mr Rae continued: “The obvious assumption is that the reduction in oil price will have a knock on effect on the hospitality sector in the coming year so, although Aberdeen’s hotels have had an outstanding 2014 it would be wise to monitor costs to reflect potentially lower demand in the coming year.”

Mr Rae concluded: “These annual figures reflect a hotel sector which has rebounded from the low point of the recession to substantially recover. There is double digit revenue increases across the UK which is a clear sign that the sector had a very good 2014 and should expect continued growth into 2015 although the potential downturn in the Aberdeen market will have repercussions for the rest of the sector in Scotland.”

This hotel trends survey has been published since the early 1970s and features a broad range of hotels in the 3–4 star categories.